Some men would be great in any time.

In the novel The Founding Fathers Return, George Washington, Thomas Jefferson, and Benjamin Franklin suddenly and mysteriously find themselves in present day America. This is Part the Second.

It is a contentious time in America. Liberty is waning. Present leaders seem unequal to the challenges which America faces. At this precarious juncture in United States history, the wisdom of the Founding Fathers is more relevant than ever. The Founders face difficult questions as they confront modern America. Is the isolationism they advocated an anachronism? Can the limited government they envisioned still secure the blessings of liberty? Who brought them to the future, and why? The Founding Fathers Return offers readers the one-of-a-kind opportunity to spend time with the Founders in the present day, to truly get to know them, and to solve America’s problems with them.

Franklin was glad that his Motion on the mode of signing had passed. If not, “Consent of the States present” might have been another erratum which required last-moment erazure and amendation. Shallus had spellt Independance in the least common mode, with an A, and thew there was no formal rule, Franklin might have preferenced an E.

Direct below the closing, on the extreme right of the vellum, The General had signed, “G. Washington, President and Deputy from Virginia.”

Franklin knew that his signature was the second most crucial. The concert of Washington and Franklin’s signatures would give Americans who did not understand the Constitution’s phylosophical nuances confidence in its Integrity and make the charta nigh unassailable.

Franklin glanced at the Transmittal on the upper left of the table, saw Washington’s signature upon it, and felt immediate comfort. On the fifth parchment, the instructions and Resolvements on how Congress should dispose of the Constitution, Washington had signed unlevel, his text sloping slight upward. Washington drew, “By the Unanimous Order of the Convention.” Below, he had signed abbreviated, “Go Washington, Presidit.”

Franklin could imagine Members of Congress desirous of maligning the Constitution energetic, or of ignoring its instructions. The signature of Washington on the instruments would give them prodigious pause and deter many from machination.

Franklin returned his focus to the fourth parchment. Under Washington, Deputies had signed one below the other in a long column, the left portions of the first letter of each signature general aligned. State names were written left of the signatures in Hamilton’s script, which was messier than that of Shallus as he was no Scribe. Rogue Island was galling absent from Hamilton’s enumeration of states, which irked Franklin, as there was no true unanimity without her.

Brackets expanding rightward from the state names were used to group the Deputies, though the signatures did not precisely line up with the brackets, especially in the case of Connecticut, whose signatures dipped below the bracket. Hamilton was the only signee without a bracket. Three periods extended from the words New York to his signature. Franklin wondered if the Little Lion had drawn the state names and brackets sole to ensure New York included, that he could sign and cement himself into history. A more scrupulous man might have omitted New York, as it had mounted no quorum and had not affirmed the Constitution. Had the Little Lion intercoursed the matter with Washington in advance and attained approval?

Superficial, to the ignorant, the inclusion of New York would impart a fallacious sense that it had positived the Constitution, thereby enhancing the illusion of unanimity. Franklin could not object this, even if it but a machination in service of Hamilton’s impetuousness and vanity.

There was no empty bracket for Rogue Island though. Such conspicuous proof of absence of unanimity might have been the only thing more galling than Rogue Island’s absencey, even though this probably would have been the most honest presentation.

Franklin remembered John Hancock’s striking Signature on the Declaration of Independency. Deputies had signed haphazard all over that instrument, not in rows by States, and Hancock drew his large signature in the centre just below the text. It had thick portions of lines intermixed with thin, a difficult effect to achieve with a quill as its angle to the paper had to be altered whilst still moving it. Hancock’s letters had drooping curls at the bottom that resembled elongate tears. Such flourish. Hancock was in ill-health and less than exuberant about a central Government, so had not attended the Convention. No signature as stylish as Hancock’s was to be found on the Constitution, though many Deputies still had to sign. Franklin liked to remain optimistic.

On the lower right, just below the New Jersey bracket and signatures, and extending to the very bottom of the parchment, Hamilton had drawn a huge bracket and labeled it “Pensylvania.” Spellt with one N.

Franklin wanted to chuckle. Such was the Little Lion. Brilliant. But not so luminous as he suppose-ed.

Hamilton did not offer to correct his erratum. He looked especially Little Lionish despite his infant face and blue eyes. Franklin imagined Hamilton with a lion tail he used to grab the quill and sign the Constitution. After he’d swatted all the flies.

Washington did not order Hamilton to correct the erratum. It was impracticable to litter the document with trivial changes. Only in cases of true significance would amendments be made. Pensylvania would remain misspelled in the Constitution for all time.

Franklin was wise enough to know which details not to fret. He did not let the erratum or Hamilton’s impetuousness diminish his satisfaction. The empty Pennsylvania bracket awaited his signature. It seemed so inviting!

Franklin bent. He reached for the black swan quill, felt the tickle of the goose feather on his fingers, grabbed the fire-hardened tip, wished as he had numerous times that quill tips were bigger, smoother, easier to grip and use. At least with a mere signature the quill would not have to be dipped repeated, as with longer drawing.

He had written so many words in his life. Millions. And yet these two words, so meaningless in an absolute grammatickal sense, were apt to be both his most important and most remembered.

Men working together could attain more than ever possible singly. This was the basic premise of Civilization. Cooperation was the fundamental action that raised man out of a State of Nature. A State of Savagery. And now all States, all people in America, would co-operate to a much greater degree, to the benefit of all Americans, living and unbirthed, and probably all mankind.

E Pluribus Unum, indeed. Out of Many, One, indeed. Never had Franklin’s motto of the Revolution seemed more apt.

Franklin felt a serenity in the Chambre, in himself and among Deputies. Such a different feeling than the fear during the signing of the Declaration of Independency, an act which had made every Deputy in the chambre a Fugitive subject to Quartering. Defiance had also been in the air that day, the warmth inevitable when Deputies pondered the Tyranny they had been subject to and their Rebellion against it.

Yet they had hung together, and escaped hangings separate. Providence smiled, and now there was only joy. A joy greater than Franklin felt signing the Alliance with France which brought the first real hope of victory in the War. A joy which transcended that he felt signing the Treaty of Paris which formally ended the War and secured Peace with Britain.

The Declaration, Alliance, Peace, and Constitution. Only Franklin had directly brokered them all. And he knew unequivocal that this Constitution was if not the most difficult to attain of the achievements, certainly the most significant of them, as it was culmination of them.

Franklin enjoyed shaping world events. He wondered about his Wisdom. If he were still chandling, would the man in his place have fared so well?

The momentous events that had transpired in the East Room flashed through Franklin’s memory with rapidity. The years of meetings of the Continental Congress. Young Washington appointing Commander of the Army by the Congress. The vote for Independency and the signing of the Declaration of Independency. The signing of the Articles of Confederacy, which Franklin missed serving as Minister to France, but had heard described in intimate detail and could envision. And now, finally, the Constitution!

Franklin felt exultation when saw his signature affixed to the instrument, and it heightened when he pondered the principles it sanctioned. Liberty for all, secured by a large Republic that was but the second in human history and the first in nigh 1,700 years!

Franklin felt wetness on his cheeks. He rubbed them, examined his fingers.

By Providence, he was.

Whilst he waited for the ink to set, Franklin picked up the large silver shaker and sprinkled it into his hand. Coarse tannish particles of pounce fell onto his fingers and through them. The sand-like pounce made Franklin think of the sands of time and caused him to once again ponder the permanency of the Constitution.

REST OF THE SERIES 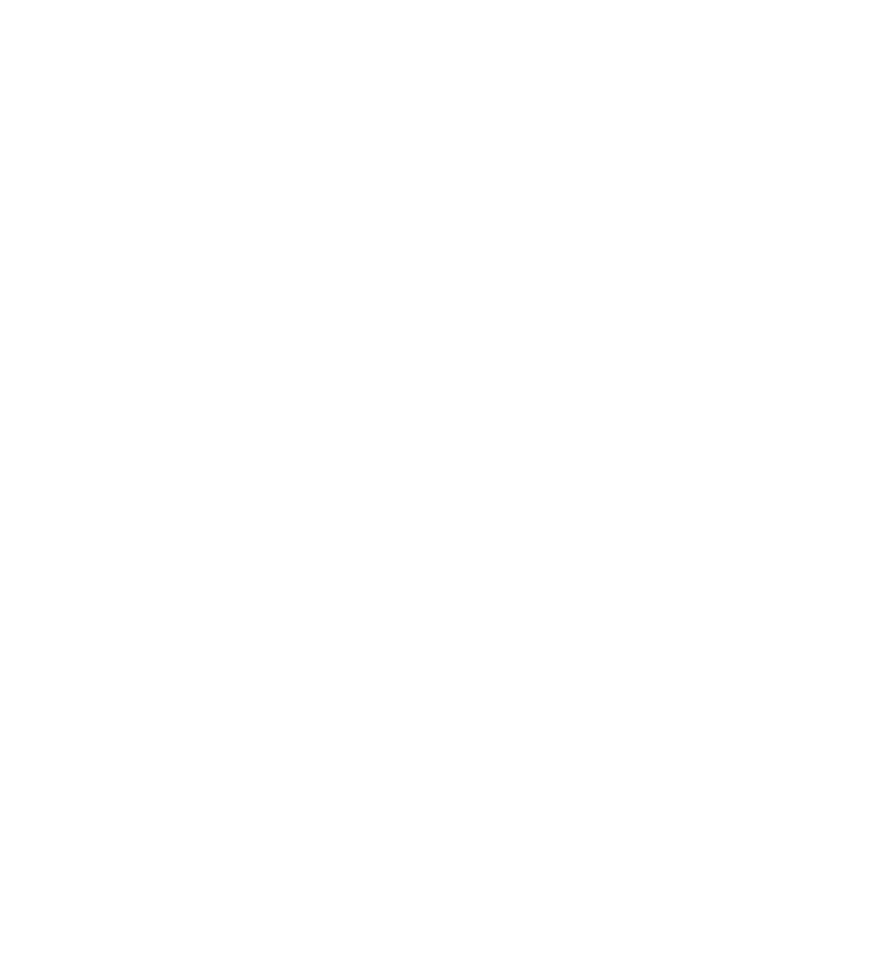